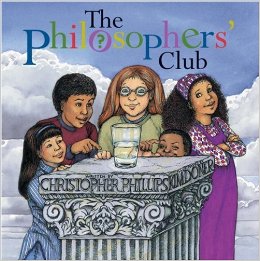 Sign up here to receive our complementary guide on how to facilitate a Philosophers’ Club. También disponible en Español 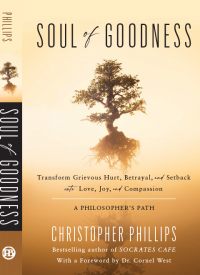 Register here to get your complementary companion’s guide to Soul of Goodness book. 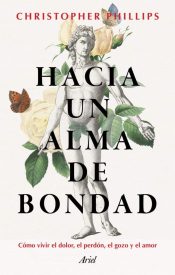 “What we need is intensive and informed discussion of the inhuman tendencies in our society, of its faults and dangers, and of possible means of counteraction. We do not need a totally different society but rather an awareness of what is wrong in our society…that is supplemented by caring and accepting some responsibility.“ — Walter A. Kaufmann, philosopher, 1922-1981

The quest of our nonprofit is to create a more perfect union — with ourselves, with our families, societies, and people the world over — by bridging human divides, so we quit looking at others who see things differently than we do as “the other,” and discover uncommon common ground. This in turn helps evolve a kind of shared language that sparks greater humanism and veers us away from barbarism — and it’s why luminaries such as Dr. Cornel West readily agree to be on our board.

The many thousands of diverse people — linked by their insatiable curiosity to question — around the globe who regularly take part in Socrates Cafe, Democracy Cafe, and our other flagship initiatives ‘Socratize’ and ‘democratize’ with one another, and become more thoughtful, connected, and participatory souls. Not because they have to, but because that’s what happens when you explore and inquire together in an egalitarian way into timely and timeless matters of shared concern.

Participants in our Socrates Cafe, Constitution Cafe, Democracy Cafe, Philosophers’ Club, and Declaration Project initiatives are proof positive that open and opening selves and societies (societies are kinds of selves, we hold) hinge on the considerate, immersive and impassioned participation of an enlightened citizenry with open minds and hearts in which everyone matters and counts, and that the most topflight ideas tend to come from the bottom up.

Our track record of fulfilling our mission to make ours a more connected, understanding, participatory world is surely why so many individuals are moved to contribute to our cause.

Why Democracy Cafe and its flagship inititiaves? Why now, more than ever?

Here in an interview with our founder Christopher Phillips explains why Democracy Cafe — known far and wide for its flagship Socrates Cafe and other burgeoning inquiry initiatives —  is more vital than ever — as Cornel West stresses here — if open societies are to have a long-lasting and flourishing shelf life, and closed societies are going to have a prayer of a chance of opening up.

As Christopher — who among many other things curates our Socrates Cafe YouTube Channel and its eclectic philosophical offerings, including Cafe Aretista and Invisible People Cafe — has emphasized since he began these initiatives in 1996 — its vital to give virtually everyone a genuine chance of being heeded and heard, in which equal consideration is given to a bracing variety of perspectives, and in which every interlocutor has a chance to reveal her unique story, expertise and stores of wisdom.

We’ve established hundreds of inquiry groups, not just in a broad spectrum of communities throughout the U.S., but the world over — from Sydney to Pakistan, Mexico to Mumbai to Syria, Sarajevo, Belarus, Ireland, Poland to Tokyo, Fiji to the UK, among many others.

As participants come to recognize and appreciate that we all, at every age and stage and station, have unique expertise, talents, stores of wisdom, they can do away with those pernicious forms of pretentiousness and elitism that creates stilted hierarchies and unnecessary divides. They often come to more keenly embrace and entertain differing stances, perspectives and approaches, without anyone or one approach having a monopoly on ‘the truth.’

What do we at Democracy Cafe do really well, and that sets us apart?

We inquire Into questions as timeless as they are timely and pertinent to one and all. It’s why pro-democracy luminaries like Lawrence Lessig and Cornel West of Harvard have readily agreed to be on our board, so enthusiastically do they share our since of mission.

We have a genuine, time-tested method of inquiry that facilitates the discovery of new portals of knowledge, new ways of doing, being, saying, making. Others claim to feature  methods of discourse, when in fact what they have is restrictive protocol, formats and rules of engagement that might make sure those involved are ‘civil’ to one another, but do not afford authentic opportunities for testing, scrutiny, evolution of thought and deed.

We promote and model ‘thinking in colors’ — from the questions we frame and subsequently explore, to the way we go about answering them.

We don’t argue, we don’t debate, we don’t seek to persuade others. Instead, we explore, interrogate, investigate — and seek to persuade ourselves (that’s right, we focus on supporting our views via ‘self-persuasion,’ rather than patronizing proselytizing and sermonizing). In doing so, we become more connected to others — including if not especially those who look at the world quite differently than we do — more bonded to ourselves, to our universe.

We tap into, early and often, our childlike questioning nature, so we can maintain our capacity to be a ‘child at heart’ — open and curious and empathic — at every age and stage of life.

Everyone, from the youngest to the oldest, takes part as equals. Everyone. That’s what true ‘democratizing’ is all about. So, whether you are 5 or 95, whether you have multiple PhDs or have never set foot in the hallowed halls, each of you has a wealth of experiences and beautiful stores of wisdom to share from which the rest of us can benefit and become potentially transformed

We listen to one another with all our being, with all our heart and mind. Because what the world needs now is a world of heartfelt, empathetic listeners.

And in doing so, we can transform our inner and outer worlds, which are interlaced.

And we are inspired to act in the world with a greater sense of autonomy and keener social conscience (the two are not at opposite ends of the continuum, but are entwined).

We are genuinely inclusive. We don’t just tolerate but embrace the equal consideration of a plurality of perspectives. And we have no political agenda except to create more open societies in which we all give equal consideration and scrutiny to a bracing variety of points of view — with the aim of evolving who we are and who we can be, on individual, local, national and global scales.

We don’t force artificial consensus, we don’t force thoughtfulness or reasonableness or civility down people’s throats — rather, these often are both an outcome of the kinds of inquiries we promote, and of the ethos that is entwined with them, and such qualities are embedded within the explorations themselves.

And what are the takeaways for you personally, as an organizer and/or participant?

You learn to listen better – heaven knows, what the world needs now are more adept and astute listeners, not as an end in itself, but as a way to step into others’ worlds, and bring them into our own.

You learn to more concisely and discursively formulate your opinions.

You gain more chutzpah in sharing your convictions — and how you arrived at them — with diverse others who are invited to scrutinize them (and you are invited and encouraged to do the same when they proffer theirs) and discovering more about what they amount to.

You feel more connected — to yourself, to your fellow humans,  to society on local and regional, national and global scales.

Are you in? Please join one of our flagship initiatives, if so (or form one of your own if there’s not yet one in your neck of the woods, and also please consider funding our grassroots nonprofit. Our Paypal link is: https://www.paypal.com/paypalme/DemocracyCafe

Launched over twenty years ago by our founder Christopher Phillips, during the impeachment proceedings of then-President Bill Clinton, Socrates Café and its kindred initiatives is an oasis of reasonableness, empathy, understanding, in a desert of rising intolerance and polarization around the world.

From Montana to Mumbai, Portland to Tokyo, Sydney to the Twin Cities, hundreds of groups now convene far and wide in public places and spaces, including cyberspace, but also in bricks and mortar locales like schools, churches, community centers, nursing homes, prisons, shelters for homeless families, libraries. Oh, and we have a popular Youtube Channel of programs whose diverse roster of guests includes venerated pro-democracy activist Lawrence Lessig, who is also on our advisory board), so be sure to check it out. ( We also have Facebook pages here, here, here, and here, and a presence on Twitter @GetDemocratic and @ChristopherCafe, as well as Instagram @theSocratesCafe

Those who take part in Socrates Cafés — and Philosophers’ Club for kids (here’s a version in Spanish) — share the sensibility of the fifth century BC philosopher Socrates that continual close encounters with others of a philosophical kind, engaging in impassioned yet thoughtful exchanges of ideas and ideals, is a portal to sculpting what the Greeks of old called Arête —all-around excellence, of a sort that is an individual and collective pursuit rolled into one.

What the world needs now are kinds of inquiries — the Socrates Cafe way, among others — that encourage and cultivate reasonableness, thoughtfulness, imaginativeness, empathy. Ways of inquiry in which we consider a wide array of perspectives, and consider objections and alternatives to any given way of seeing things — always with the aim of developing and experimenting with new ways of human being and doing . And in ways that can better connect all of us, that tease out all of our stores of wisdom, and celebrate them, at every age and stage of life — in ways that lead to greater self discovery, and discovery of novel possibilities for who we might become, on individual and more global scales.

As motley people break philosophical bread together on a regular basis, close connections are often forged among the seemingly oddest bedfellows. If you were a fly on the wall at one of these gatherings, you’d see that Socrates Café-goers in action are an inquisitive, open, curious, and playful bunch —childlike, in a word.

Socrates Cafes and Democracy Cafes — we now do them regularly on Zoom during the coronavirus pandemic — embrace the central theme of Socratizing; the idea that we learn more when we engage in deep questioning and interrogating — methodically, purposefully, inquisitively, imaginatively — with others. This is how we best ‘child‘ as individuals and as a society.

When Christopher Phillips began these groups in 1996, a while before impeachment proceedings would soon be underway for then-President Bill Clinton, he did so after asking himself what he could do, at a time of great jadedness and polarization, that would in some modest way further the deeds of those noble souls who had come before him and, as William James put it, “suffered and laid down their lives” to better the lot of humankind? His epiphany was to be a philosopher in the mold of Socrates, with ‘the people’ wherever they happened to be, and to inquire with anyone and everyone shared with him the aspiration of becoming more empathetic people and more critical and creative thinkers and doers.

Today, there are hundreds of ongoing gatherings around the globe coordinated by hundreds of dedicated volunteers who are deeply committed to making ours a more participatory and inclusive world. We encourage you to facilitate your own Socrates Café, click here for information on how to start one and facilitate one.

As one participant wrote:

“Thank you…thank you…thank you for all the time, energy and agonizing frustration you obviously overcame in creating a wonderful piece of liberating art…a life’s visa for those seeking freedom from the asylums of self-ignorance.”